You would be better off directing your anger at things like habitat loss and pollution which will have a far bigger impact on bird numbers. John Leatt, you consider my post is irresponsible? I disagree. You say that the licences were "probably issued for things like scientific study" Then you say " And how is the 'lethal control' Natural England's own words of a wren supposed to help with a species in decline?

It's skewed thinking like yours that has brought us to this point where there is hardly any wildlife left to kill - and yet still people who would consent to kill more. I called your post irresponsible because you have not bothered to find out why these licences were applied for. You have simply quoted the figures to get a reaction.

The kind of study I was referring to would be for example: if a pesticide or similar was suspected to be causing decline in certain birds. You would then have to test a sample of the plants,the insects etc that feed on them,the birds and animals that feed on the insects etc etc right the way up the food chain. This would mean unfortunately killing a few specimens to test but could in the long run have a positive effect on the affected species. If that is skewed thinking then maybe you have a better way? But I do not consent to my declining wildlife being killed for anybody or anything. The real reasons are to make the rich richer.

Your rationale died in the seventies I'm afraid.


I suppose you believe man has dominion over the earth? Oh dear. Jesus Christ this has got to be some sort of sick joke, what the fk are the RSPB saying doing about this, I can't believe I have never heard about this the RSPB should be informing every one of it's members about this incredibly stupid act. If I were to actually witness this happen I would seriously consider takin up Arms and stopping this forcefully, I don't think I could ever stop myself from beating some bastards head in if I were to see them kill a Kestrel, Skylark or Bullfinch or any other bird on that list.

I would love to find out where this proposed cull were to take place.. We must stop this I will look into this and consider what action to take. I've replied before, and I have looked through all the comments sent. One other thing has not been mentioned - many of our birds migrate during parts of the year, and it has been a scandal for many years that so-called "marksmen" deliberately position themselves on the migratory path of these birds - either leaving or returning to the UK - and shoot them down! This is without the hundreds maybe thousands of wild birds taken into captivity for the "pet trade".

No wonder our wild bird life is diminishing when they have all this to contend with. I think you should clarify that your comment is not referring to the UK but to other countries in Europe. The way it is worded then some might think that migratory birds are being shot or trapped for the pet trade in the UK when this is patently not the case. RDS run by Rob Sheldon says that the number of Ravens culled runs into thousands, and licences have been issues to cull many more.

Everybody above should write to Natural England demanding an explanation what the reasons were. Also write to Countryfile and your local MP. I will be. Are you aware if the RSPB or the BTO know anything about this, i would love to hear what they have got to say about this , also if the dates are correct it means this heinous act has quite possibly been carried out already and we are too late to stop it. Firstly let me say I am no fan of Natural England. However, the mass hysteria displayed in these comments is ridiculous.


You have no idea of the numbers killed or the reasons licences were issued and there can be valid reasons. If a small bird has found a route into a food preparation area of a factory and made a nest or cannot be chased out it will fly around until it dies of exhaustion or starvation. Either way the problem needs resolved. I suspect in most cases there has been a good reason to issue licences and the numbers of birds involved will make no impact on the ongoing survival of the species. In other cases NE does make some rather dubious decisions If you are all so worried I suggest you stop driving and travelling in mechanised vehicles as they will be killing far more both through impact and pollution.

Natural England!!??!! There won't be any 'nature' left at this rate!!! What on earth do they need to kill off these little birds for?? I hardly see any birds in my garden now Makes me so angry So many birds in this country are endangered, like so many wild animals - and for a 'legimate organisation' like Natural England, to be endangering them is an outrage!!

I sometimes despair of being human! From: neil Cameron [mailto:neilcameron hotmail. Dear RSPB It was with utter disbelief i read a article online about English Natures plan to exterminate some protected species including the beautiful little Kestrel whos numbers are falling fast also the Peregrine, Red Kite which is still being introduced and costing hundreds of thousands, the Raven, Skylark ,Blackbird, Robin, Bullfinch,Great tit and many many more, it makes you think whats the point of our organisation if we cant stop this atrocity, i am quite sure if you were to inform all our members there would be a hell of a backlash from all the members.

What sort of conservation is the English Nature carrying out such a dreadful crime,, i am sure you guys are as disgusted as i am so please tell me you have some sort of plans in place to deter these pigs from this act. Please can you help this is why we pay our membership year after year.. I can confirm we are aware of this matter and are trying to find out further detail. 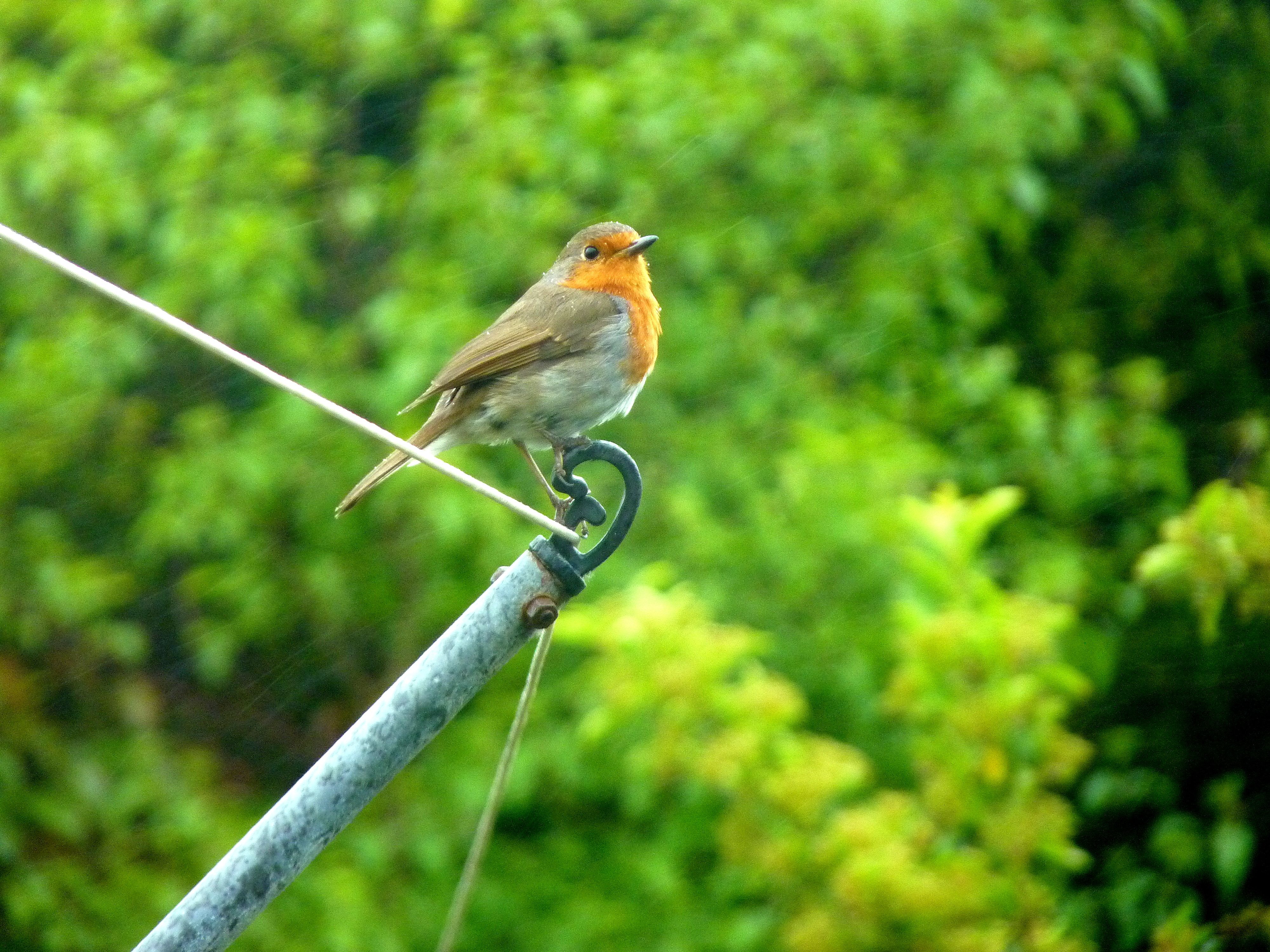 The RSPB is currently in the process of working with Natural England on the licensing process to make sure it is fit for purpose. As a rule, most licenses should only be issued when legal including non-lethal methods of resolving the problem are ineffective or impracticable. If you would like further information as to the issuing of licences by Natural England, I would advise getting in touch with them directly as we cannot comment on the policy and operations of any external organisation.

Just had a reply from Natural England sic Make of it what you will. I shall be trying to obtain more details via FoI request. Despicable - just as bad as the RSPB - who allow psychopaths to shoot wildlife. I do hope that you are also going to publish the response which gives some context. Hi Donna, I don't think their response is worthy of publishing to be honest Natural England provided little information that we didn't already know and I found it rather patronising that they thought their lacklustre explanation would be enough to pacify the fury that has erupted over this.

No, we deserve better frankly I had a personal reply from Natural England and I've never heard such tosh. Skylarks causing a serious threat to aviation? Do me a favour! No doubt some oik's private airfield. Bullfinches etc. Er no, lack of fruit set is because we've killed all the bees This 'kill a problem' mindset is a relic of the seventies. Will we never learn I am appalled to say the least, that anyone should be granted a licence to destroy these beautiful innocent birds.

And yes, the reply from the RSPB is gutless and pathetic. What the hell is their purpose if not to protect birds?! I have notified Animal Aid via twitter to see if they can help. This is so so wrong. How dare they! You will never get any satisfaction from the RSPB ,all they are interested in is membership money.

Wow, there appears to be no end to the idiocy of Natural England. It just supports my opinion that Natural England do not have the ability or the resources to be in control of wildlife licencing in the UK and they need to be stripped of their responsibilities immediately in favour of a separate licencing body, with appropriately qualified and experienced advisors.

I'm not averse to the idea that are dodgy goings on but I want to see the evidence unstead of relying solely Jason's very passionate rhetoric.

Jason, you've alluded to some pretty worrying stuff going on - please could you publish the results of your FOI requests and direct us to any other stats and sources you have? I'm really interested to know more about this. Hi Lesley, I published some figures from my original foi request a few months ago.


They relate to the above post. New data surfaced recently by way of other foi requests, the results of which were sent to me by Natural England themselves. Others also obtained these statistics, including The Guardian newspaper, with whom I discussed the figures. Grammar, vocabulary, tenses, indirect speech, passive sentences must always be keep in mind while writing a blog.

Everyone must read this blog. This is going to help everyone. Really a very fine way to express and looking a very pleasant article with full of healthy information. I am definitely going to tell in my class about this platform and the information shared here. Very well written. RSS Feed. Jason Endfield. Licence To Kill. Natural England have confirmed that they issued licences to shoot at least 40 species of birds between and I received the grim news as a result of a Freedom Of Information request. Natural England say that these are all ' individual licences ' permitting the ' lethal control shooting ' of the said birds.

I'd requested the information as part of my campaign to stop the cull of English Ravens and, in their response to my enquiry, Natural England have also confirmed that permission was granted to allow a total of 60 Ravens to be shot during the same period, 45 having been shot to date. The news that so many of our most treasured species of birds have been shot is appalling and fills me with dismay.

I know many of you will feel the same.

A significant number of the species for which shooting licences have been granted are classed as endangered and feature on the RSPB Red and Amber list s for birds of conservation concern, several including the Skylark , Curlew and Ringed Plover being in need of the most urgent conservation. While the specific reason for each of the licences being issued is not known, can there be any justification for shooting a Bullfinch? Or a Wren for heaven's sake? Who in their right mind requests permission to shoot a Skylark? And for what possible reason?

A Sparrowhawk hunting in my garden #3

The world, it seems, has finally gone mad. Bullfinch - one of the birds for which Natural England has issued a licence to shoot Ruth Allum. Sonia Spinks.